90s was a happening decade, especially for the kids in India. Tops and kites were replaced with hand-held video games and DD was edged out of mind space with competition from multiple channels. Here are 9 things that the 90s kids in India will remember and enjoy!

These things are so cool! You can play games on them for hours on end and oh, they can play music as well. Insane! Microsoft Paint – Absolutely wonderful!!!

Along with the computer and Internet came buffering! The connectivity was through the (in)famous Dial Up system and the speeds were slick (pun intended). Videos would take hours to load but we 90s kid learnt the important virtue called patience!

The Indian TV audience had one choice, DD! But to their credit, they managed to balance entertainment with education and produced a very responsible fare. But 90s saw the advent of Prime Network and other regional networks which completely took the wind out of DD’s sails. The audience moved on to heavy film based entertainment. Sports and Cartoon Network were outright winners with the 90s kids!

Super Mario, Tetris, snake, and Pacman became cult words! These and other video games that were console based took India by storm and we got busy mastering them, to the consternation of our parents, of course!

Though part of the 80s, they attained the peak in the 90s and we loved the easy access to music. In the process we also mastered the art of untangling the magnetic tape using good old Natraj pencils! You can buy our 90s Kid T Shirt that pays tribute to this genius connection that we 90s kids alone made 🙂

Nah, I’m definitely not talking about conserving wildlife. WWE or WWF as it was called then was what every cool kid watched at home, much to the ire of our parents. The Rock, Triple H, Shawn Michaels, D Generation X, the Undertaker, Kane – oh wow I can keep going on and on. And not to mention trying out the moves on your younger brother 😀

Coke had made its way but these brands still held sway and were perennial favorites. The brands of the 90s!

As a 90s Kid, you would have seen your Dad use this huge mobile phone and pay a bomb for it, a hundred times more than what we do now! But they were the in thing and rage, and we all loved to get our hands on those phones when Dad wasn’t watching. Those green screens, they were magic I tell ya!

On a serious note, India initiated economic reforms and we the 90s kids have been the largest beneficiaries! We have numerous brands to choose from and running a business in India has become so much easier over the years. Without the reforms, we wouldn’t have been able to taste a McD burger or wear a Zara outfit nowadays! 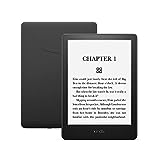 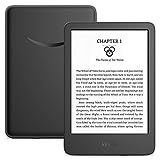 Swag Swami stands for humour and irreverence combined with style and panache. It is a brand that aims to bond with that group of young folks who live their lives the way they want to.

Our e-commerce store caters to customers of all types and ages. With fresh designs and products being launched each day, there's something for everyone!

Swag Swami is a participant in the Amazon Services LLC Associates Program, an affiliate advertising program designed to provide a means for sites to earn advertising fees by advertising and linking to Amazon India.